Theatre has always been overshadowed by movies but when it comes to content, it has always ranked higher than any mode of entertainment. Committed to this very idea, Saitan Theatre group was launched in July 2014 to present before their audience the harsh realities of life in an extremely relatable way.

The term Saitan was coined from words – Saint and Satan, which presents the two extremes that exist in every person. This group is now coming up with a 5-day Theatre festival called ‘Saitan Theatre Festival’ from 20th March to 24th March at the renowned Akshara Theatre in Delhi.

The motto of the festival is to reach out to more people through theatre to show them the diversity and creativity within this art form, and to provide a bigger platform to college theatre societies.

Here are some of the interesting plays that you can see at this theatre festival:

‘The Trial’ is a social satire by the dramatics society of Hansraj College. It is aimed at the self-appointed moral police of the society and the extremist views on the freedom of women. It presents a metaphorical trial between the humanists and the anti-humanists and sheds light on the treatment of women by the dominant class ideology, the prejudices deeply instilled within the society and the personal and professional relations formed by hierarchy within a group.

This play is by the dramatics society of Delhi College of Arts and Commerce, Leher. It shows the breeding ground for blood lust and bones in the valley of Kashmir. Between the mystery, intrigue and mayhem coexist the story of friendship and innocence. Free from the shackles of ‘kashmiriyat‘, CRPF, RAW, AFSPA and the consequent bloodshed that follows- is Gasha’s world. Sanity and solace find its place in the innocence of his eyes. The adapted version of Iravati Karnik’s play dwells in the chastity of childhood friendships and the walls we build around ourselves as we grow older through the form of physical contemporary theatre.

This play by Samarth Theatre Group is based on two short stories of Rabindranath Tagore. Written around eighty years ago, these stories are still relevant and this very aspect of the narrative gives rise to a pertinent question: Have we really changed?
The story revolves around two distinct characters- Giribala and Mrinal. As individuals, they are poles apart but are searching for the same thing: a sense of individuality and liberty. This is a story about women who break away from fetters of turmoil and pain, to find their own freedom. This is a story of women who exhibit the courage to give rise to as many more questions as they answer but still decide to live life on their own terms. 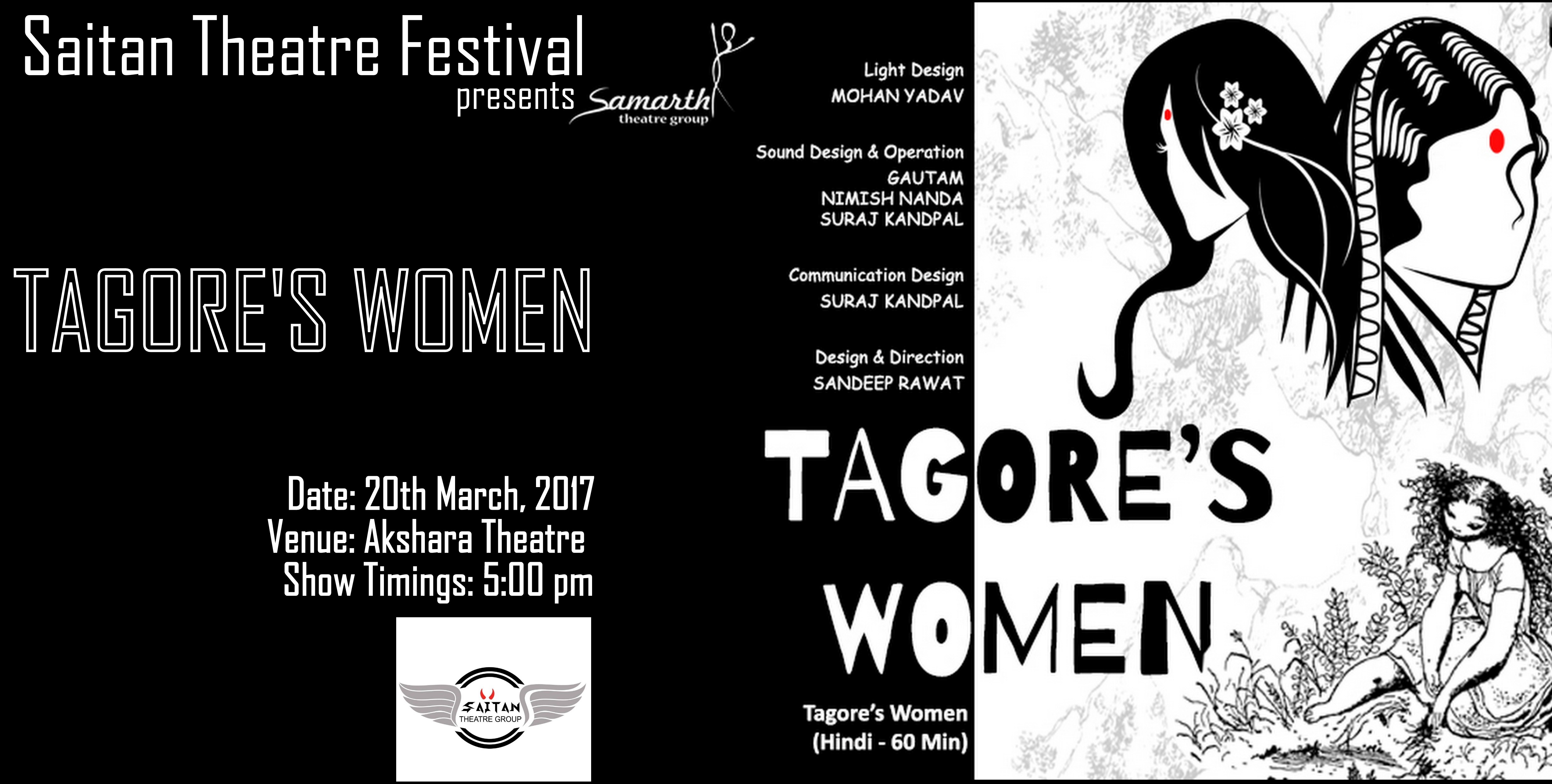 The Theatre Society of SBSC presents their annual production “Pa Bha Ka” at Saitan theatre festival. What happens when a hypothetical genius, a lover and a father start an oversimplified discussion about theories that ultimately translate into the human psychology of ‘the world is not enough’? Based on Manav Kaul’s Park, this fringe play deals with feelings that are no more than ghosts from the past.

9 Jakhoo Hill is the lavish and one of the most coveted houses in Shimla but what goes in this house is a mélange of relations and hidden truths. A piece by Fourth Wall Productions, the Dramatics Society of SSCBS, this play revolves around Amrita from a fine old family, her daughter, Ansuya, and her younger brother, Karan Chand.
When Chitra, daughter of once a domestic help to Amrita’s family visits 9 Jakhoo hill with her son, Deepak, we realise that it isn’t the friendship which has brought her there but her greed. When everyone assembles at 9 Jakhoo Hill to celebrate Diwali, love, laughter, loneliness and betrayal come face to face.

There will be many more bold and interesting plays to watch out for at this festival. Book them only on Paytm and get cashback by using code: THEATER100 while booking.

Also Read:   Top 10 Musical Events To Look Out For In February