September can be a very exciting month for a lot of us. It marks the beginning of fall and is also a reminder of how it’s okay to let go of old things in order to move forward. While pumpkin spiced lattes and sweat-shirts might not be in yet, we’ve certainly started hearing the autumn birds chirp.

We’re only four months away from a brand new year and it’s time for a little celebration for making it so far this wonderful year. Here are some things to do and some events to attend to gear up for the ultimate season of celebrations:

Straight from the beautiful city of London, The Magnets, a six-man a cappella band is coming to India. They’ve made a mark internationally with their magnificent arrangements of music and beat boxing, and have charmed everyone. Be it the Rat Pack, Rock Band, Nashville or Nightclub, the Magnets have left no genre untouched.

The Underwater festival celebrates the underwater world and the spirit of adventure by bringing different activities and fun zones like Underwater Playground, Underwater Hockey, dive games, slacklining, photography exhibition, music, great food & beverages. From hip-hop to techno, this event has it all.

Zoomapalooza will feature an eclectic mix of electronic genres, performed by top artists from the country and across the globe. You can also indulge in activities like a mechanical bull, zorbing and more attractions for those who look for a bit of an adrenaline rush. Have some fun with some grape stomping, drum circle, soap football, bull rope-in, zongo bongo activities combining your favourite indulgences with some exercise.

A game of finesse and flamboyance, Futsal, also known as ‘Mini-soccer’ is one of the most loved games in the world. Restricted to a smaller pitch, the game is a hit with people of all ages because it’s quick, entertaining and displays a power-packed performance by the players. This September, come and watch legends like Ronaldinho and Ryan Giggs live in action in Mumbai and Bengaluru at Premier Futsal League. 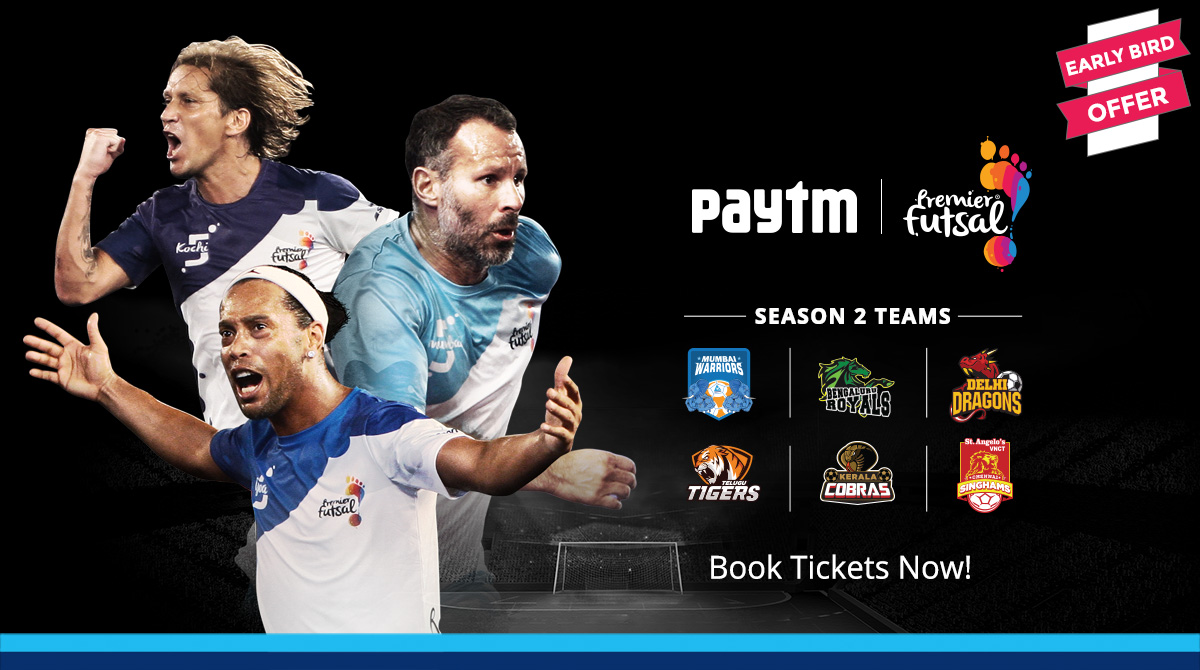 Lager n Barrel festival is a rock n roll festival to celebrate beer, music and the love of a good time. The North India’s first beer festival ranging from late afternoon through the night, offering a diversity of beers available for tasting and purchase intends to ensure that the festival goers experience the full flavour of life through enriching music acts, lovable activities, delicious food and endless beer. You can expect live music performances by artists like Shirley Setia, Raghu Dixit, Millind Gaba and more, Beer Activities, games and a lot more at the venue. 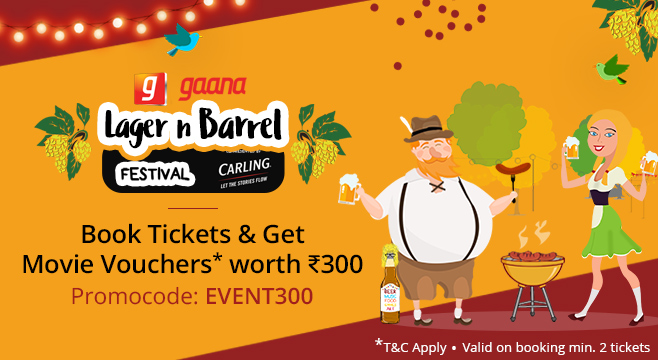 The Power House of Talent Neha Kakkar, created buzz all over with her performances in the second season of Indian Idol and is also known as Indian Shakira for her mesmerizing singing. Her quirky singing style and exemplary performance in “Comedy Circus Ke Tansen” was highly appreciated with comedy king Kapil Sharma. This new queen of Bollywood playback singing has given back to back super hits like Second Hand Jawan, Dhating Naach, Kaala Chashma and many more.

Also Read:   Be A Part Of The Real Dangal With Pro Wrestling League

Jaipur Cycle Marathon is an initiative to promote a healthy lifestyle and increase awareness regarding global warming and motivate the citizens of the city to live an environment friendly and sustainable life. For becoming a smart city Jaipur needs a smart infrastructure, a pollution free environment and properly managed traffic system; Jaipur Cycle Marathon promotes use of bicycles in daily life which would not only help us controlling the rising pollution but also help us leading a healthy life. The winner of the marathon will win Rs. 50,000! 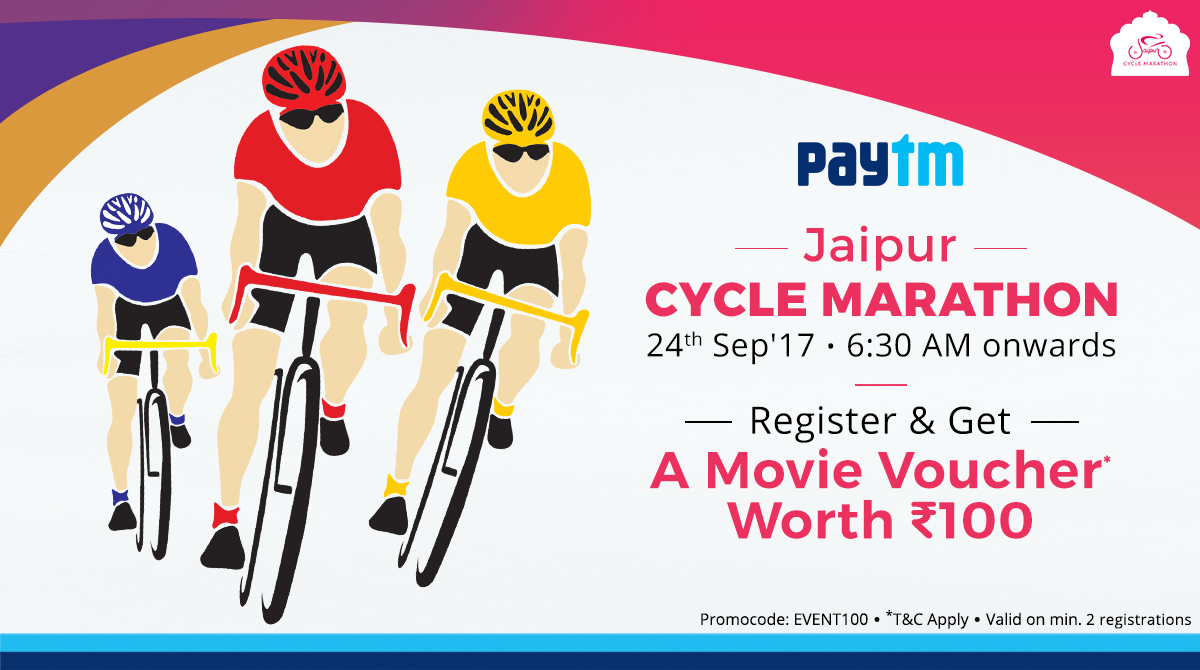 All you need to know about him is that he was invited by Dream Theater to audition for the role of drummer after Mike Portnoy left the band, and was a runner-up (Mike Mangini, of course, got the job). He is easily one of the most technically accomplished drummers today, having created his own unique style called ‘interdependence’ – which allows him to play various patterns with each of his feet or hands. It’s something that needs to be seen to be believed. He was part of Steven Wilson’s band, as well as a member of The Aristocrats (with Guthrie Govan and Bryan Beller). Currently, he plays for The Mute Gods, a project of Steven Wilson’s band’s guitar player Nick Beggs.

How would you like to spend your 36 hours in the wilderness? Listen to some great music, hang out with your friends at an absolutely gorgeous venue, watch a midnight horror movie or maybe laugh at some stand-up comedy? The Wanderfest gives you the opportunity to experience all of that.

Have you ever played Dandiya on the moon? This event will have a grand gathering with Space theme décor, lights, props, various engagement zones and grand celebration which will give audience a feel of Space. This year’s spectacular concept will not only entertain the Dandiya players but the visitors and onlookers as well.

No matter who you are, it is always impossible to miss the charm of Durga Puja. The grand pandals and the celebrations shouldn’t be missed at any cost! Since Durga Puja is around the corner, we have a lot of events to put you in the festive mood. And since the options are endless, how about some Pandal hopping? 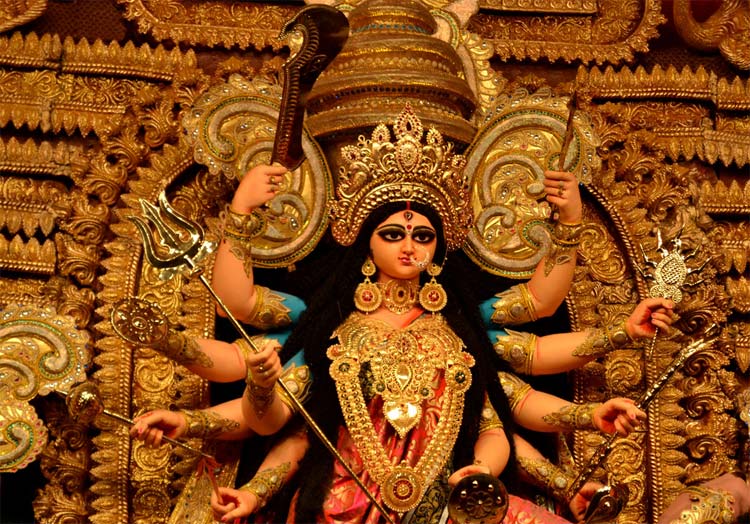 Pro Kabaddi League started in 2014 and presented the modern, aggressive, powerful and competitive face of Kabaddi to the world. After 4 successful seasons, it’s back with the 5th Season where 12 teams across the nation will tussle it out in 130 matches to become the invincible champions of Season 5. You shouldn’t miss out Dabang Delhi’s matches in their home-state.

Check out more such events on Paytm!